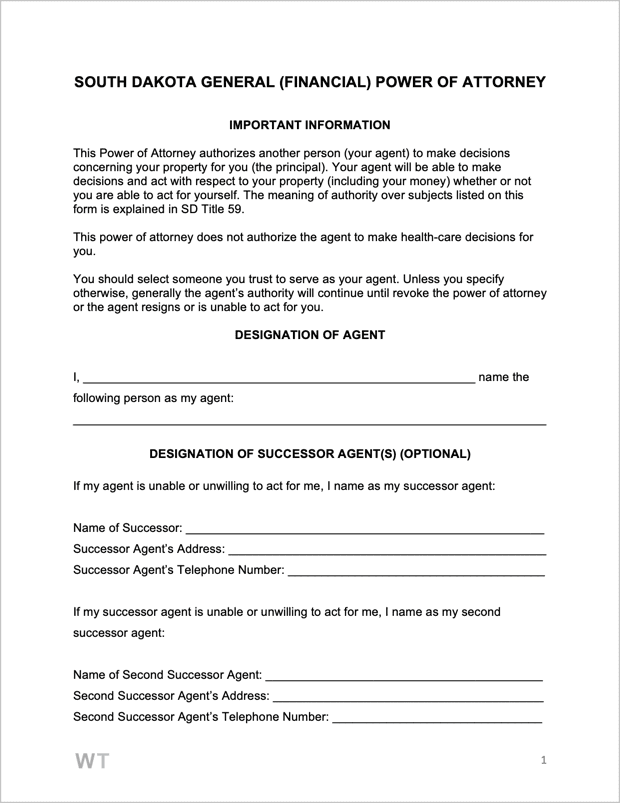 Download the South Dakota General (Financial) Power of Attorney to issue temporary powers to a person known as the “agent”. The powers granted to the agent are up to the principal (person completing the form), and can include the power to manage bank accounts, purchase and sell property, handle government programs, file taxes, and much more. Being a general form, it’s typical that the principal will grant wide-authority to their agent. If they’re looking for a way to give their agent only a few powers, the Limited POA should be used.

When going about choosing an agent, the principal should ask themselves if the person is 1) trustworthy, 2) understands how to manage finances, and 3) is willing and available to serve as their agent. Because the agent will have access to highly sensitive financial information, it is of utmost importance that the principal select a responsible person for the task.