The Texas Limited (Special) Power of Attorney (POA), one of the main types of POA forms, is a legal document that can be executed by any adult Texas resident. With the form, the person completing it (the “principal”) can choose any number of powers to grant to an individual whom they personally know and trust (the “agent”). The word “limited” refers to the fact that the POA is often used for giving only a select number of powers for a short length of time. Typically, the principal completes the form when they need something relatively simple taken care of (the signing of a contract, for example) when they are out of town or unable to for another reason.

A defining attribute of the form is the precision in which the terms of the principal-agent relationship are described. This precision makes it clear to the agent that their powers will be limited and special, instead of being all-encompassing, which a more general POA provides.

Signing Requirements (§ 752.051): Acknowledged in front of a Notary Public. 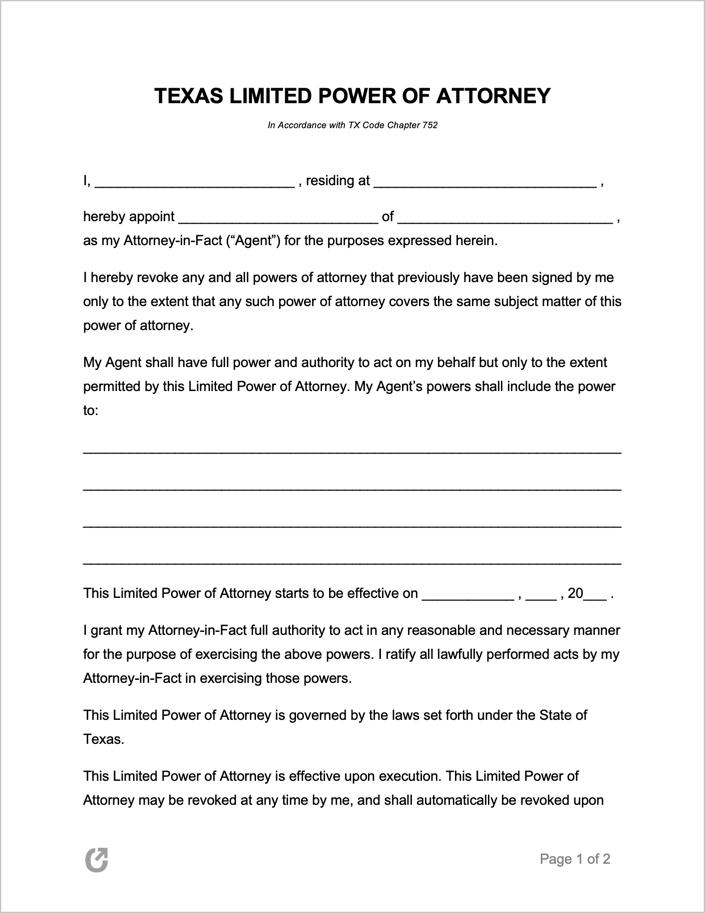