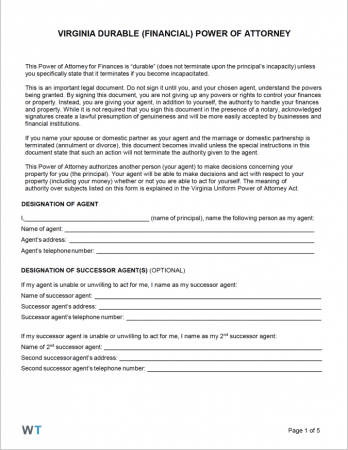 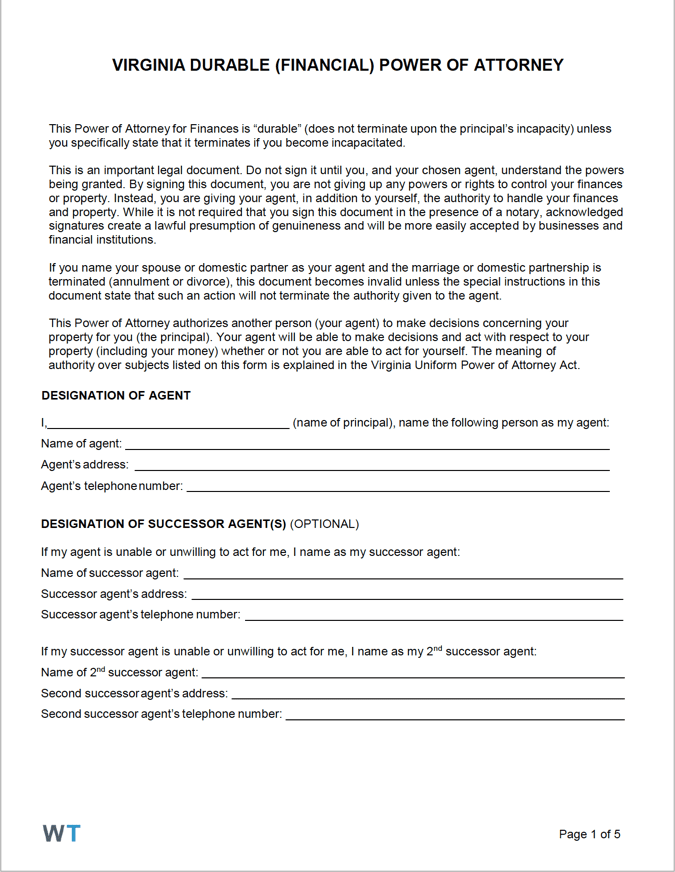 A Virginia Durable Power of Attorney form is presented by a nominated attorney-in-fact to financial institutions and other establishments in order to receive the authorization to make financial decisions. The document is completed when a person believes they’ll lose their mental capacity for decision-making in the near future, or they want a safeguard in-place should their health deteriorate unexpectedly. The principal is obligated with the task of choosing their agent (and having the agent accept their nomination).

Anyone the principal deems as credible can perform as the attorney-in-fact, although legal professionals often recommend it is someone who can perform the duties requested of them (and is an honest person in general). The agent has the right to deny their nomination. If they accept the nomination, they should be shown § 64.2-1612, which is a list of their duties to the principal.