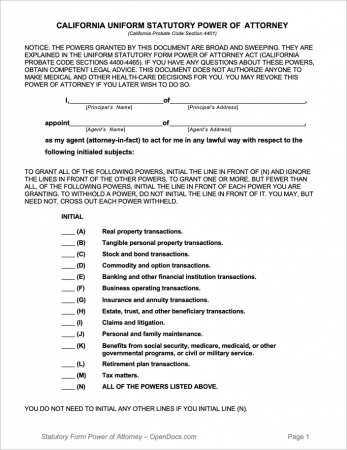 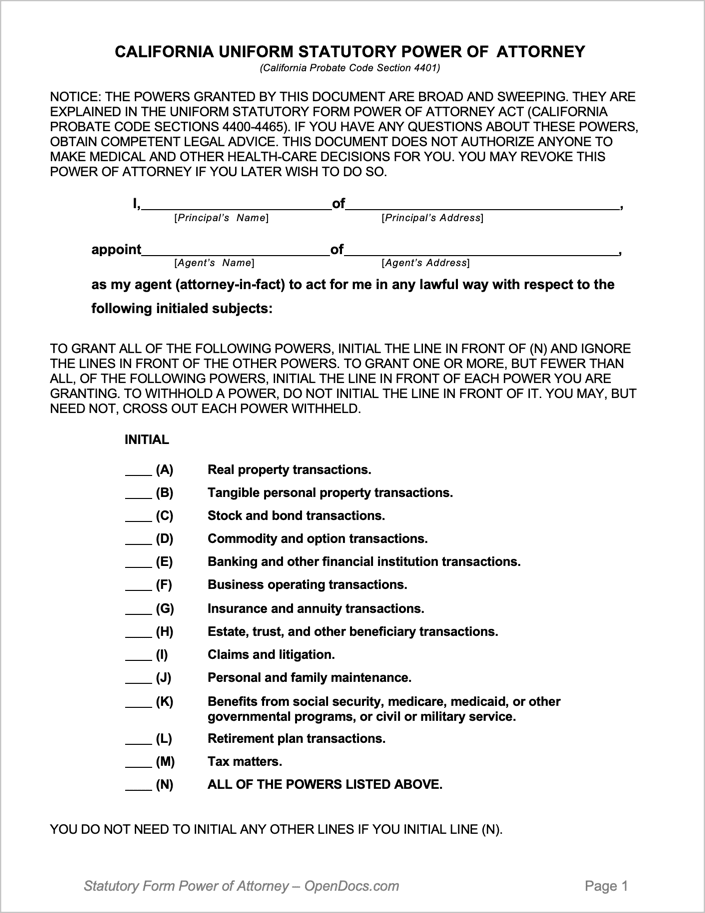 California power of attorney forms grant narrow or wide-ranging powers to a representative known as an “agent”. The forms must be completed by a person (known as the “principal”) who is of sound mind. POAs generally come in 2 main types, known as a durable and general. A form is durable if it remains in effect after if the principal were to no longer be able to act for themselves. The principal can select anyone as their agent, although choosing a trusted individual, such as a family member or close friend, is recommended. 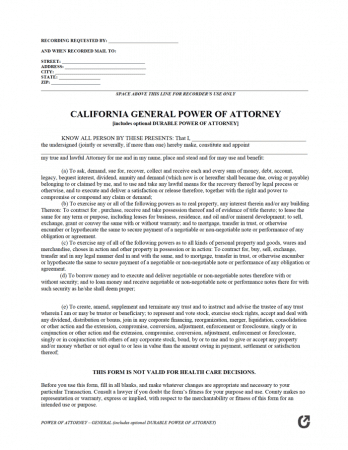 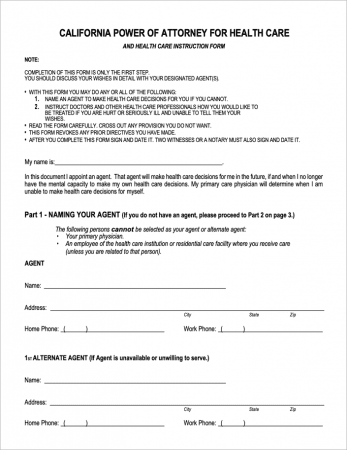 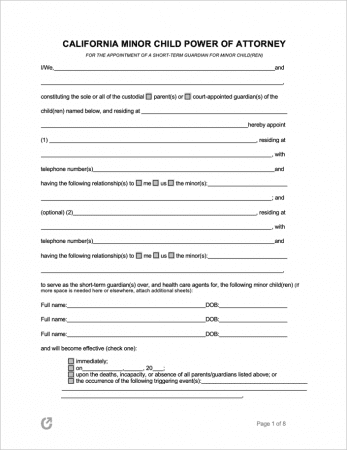 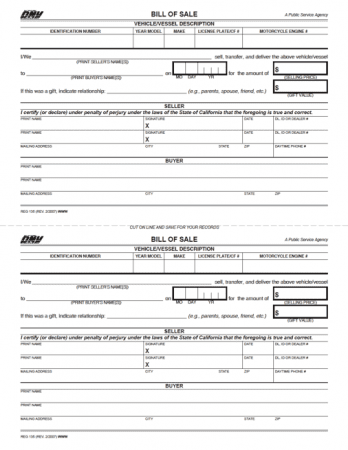