The Montana General (Financial) Power of Attorney is a type of power of attorney that carries with it one notable caveat to the decision making powers an individual (the principal) bestows to another party (the Agent). Namely, in a general POA, the agent must immediately relinquish their title as an Agent and in turn cease use of any powers bestowed to them upon the Principal’s incapacity. If such circumstances do not eventuate, there will be no difference between how an Agent to a General POA wields their powers to an Agent to a Durable POA. As such, the type of POA the Principal chooses is up to their individual wishes.

Signing requirements (§ 72-31-305) – The principal will need their signature to be notarized. 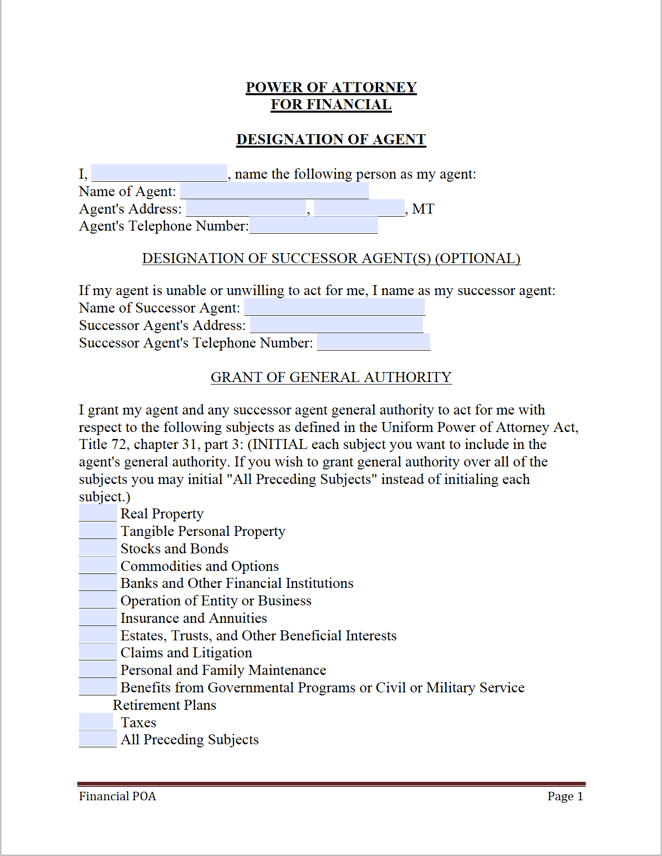