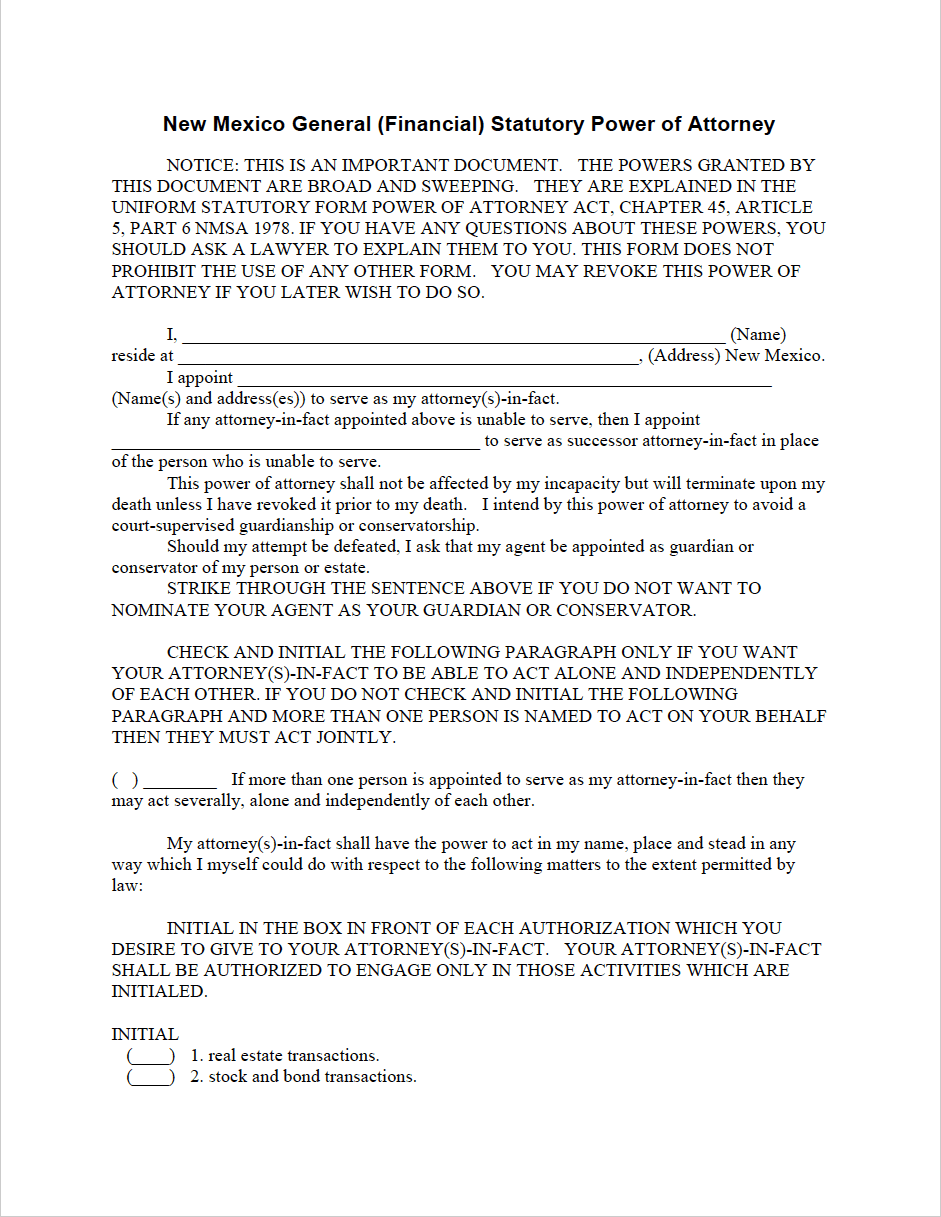 The New Mexico General Power of Attorney is a statutory contract used for creating a binding contract between two (2) people; the “principal” and the “agent”. The agent is a trusted person that agrees to carry out a set of responsibilities and/or tasks on behalf of the principal. The agent is most often unpaid, as they are commonly close friends and family that serve in the role. The form is used for giving the agent powers regarding finances – namely banking, real estate, insurance, taxes, and so on. Being a general form, it is commonly used when the principal wants to grant wide and sweeping powers to the agent. Should they only need to provide the agent with one (1) or two (2) powers, the limited POA should be used.

Because this POA-type is non-durable, it will only stay in effect if the principal is in good mental health. If they can no longer correspond with others efficiently, the relationship between them will terminate automatically. The principal can end the contract anytime through the use of a revocation of POA. If the original POA was provided to financial institutions or other 3rd parties, they will need to be issued the revocation form as well.

Signing requirements (§ 45-5B-105): The signature of the Principal (you) must be notarized.