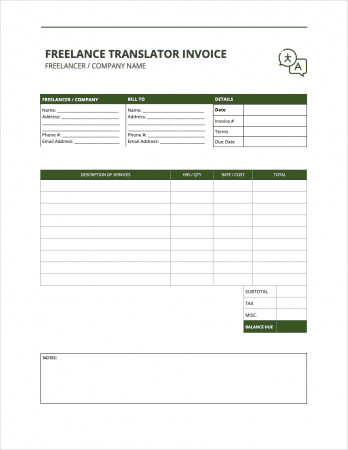 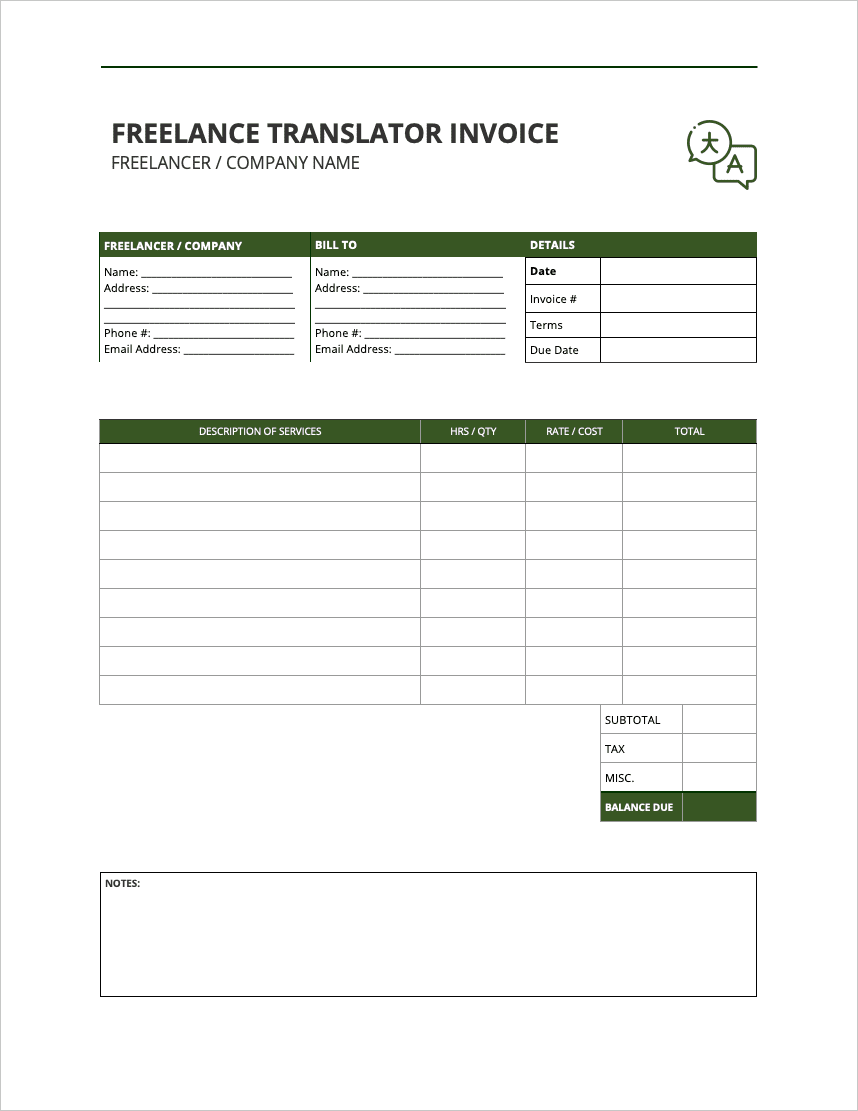 With the Freelance Translator Invoice Template, billing clients for independent translation services is easy. The format of the invoice accommodates billing for translation services of any kind, as well as any billing method used. Whether it’s hourly billing, charge per word, or pay-by-project, this invoice can display that information to clients in a neat and professional document.

How Much Do Freelance Translators Earn?

The value of a translator’s time and effort depends on their level of skill and linguistics expertise. The average hourly earnings of a translator in the United States is $19.67 per hour. This also depends on the level of demand between the language pairing. As of now, the pairings with the highest demand in the US are Finnish to English, Japanese to English, Danish to English, English to Arabic, and English to Japanese. If a freelance translator is an expert in any of these language pairs, they can expect the demand and the value of their time to increase.

The highest-paid translators are literary translators who translate entire books and other literary works. This is the most difficult endeavor in translation because the meaning of colloquialisms, slang, and cultural references is hard to pass from one language to another. Literary translators make an average of $51,000 per year.

How to Become a Freelance Translator Online

To become a translator, one must become fluent in at least two languages. Translation services are in high demand in business, literature, entertainment, and media. The best way to get started as a freelance translator is to learn as many languages as possible. Try to become completely fluent, including knowledge of slang, colloquialisms, historical references, and so on.

Build a resume and reach out to clients that need translations that you can perform. Over time the translator will gain a good reputation in the industry and clients will approach them whenever they need translations.